Turin Carter he uncle of 19-year-old Tony Robinson, speaks to the media outside the home where his nephew was killed on March 9, 2015 in Madison, Wisconsin. Source: Scott Olson/Getty Images

“We don’t want to stop at just “black lives matter” because all lives matter. To look at Tony and say that he’s just black, based just off his appearance, is something we’re basing legislation that is 150 years old almost now – less than that. I’m referring to Plessy v. Ferguson, okay. Terrell is a mixture of everything. You can’t look at him and say he’s black. He’s black, white, he’s a mixture of everything because we all have our own complex heritage.” ~ Turin Carter, uncle of 19-year-old Tony Robinson, shot and killed by police

In the wake of a that seemed to weigh more heavily than those of past years, I found myself returning to comments made in March of this year. When I first read of Turin Carter’s on the fatalI found myself equally saddened and frustrated. Yet, in the midst of my empathy, I found Carter’s heart-wrenching admission that Tony was a “misfit” and that he “just wanted to be loved” to be troubling.

A family member holds a picture of Tony Robinson during a protest outside of the City Hall building on March 9, 2015 in Madison, Wisconsin. Credit: Scott Olson/Getty Images

Virtually all American blacks are considered to be of “mixed” descent due to rape during slavery and a long history of interracial relationships, but Carter’s comments suggest that to talk about black lives mattering is to not be wholly inclusive of his nephew’s life.

The narrative of mixed-race children who can find no place because they are so ambiguous perpetuates the stereotype of the “” who can never find love.  Alongside Robinson’s “need to be loved,” Carter repeatedly insists in his – and in response to the questions that follow – that Tony is not “just” black. And yet, he describes Tony as one of several “black children” of a white mother. The emphasis on Tony’s mixedness and how it caused him a particular kind of emotional duress – even while acknowledging that Tony was a “black child” – reifies Tony’s differentness from other young black men who have been killed by police.

As Carter notes, As well-intentioned as I’m sure his comment was, it reinforces the “all lives matter” rebuttal that pushes back against the  and serves as a means of . Insisting that “all” lives matter suggests that a focus on black lives – which are being disproportionately snuffed out – is not inclusive of the various ways that state-sanctioned violence impacts our society. The push for recognition of “all lives” implies a universality of experience, rooted in a universal humanism that is less anti-racist and more colorblind. To say that black lives matter is not to say that other lives do not. 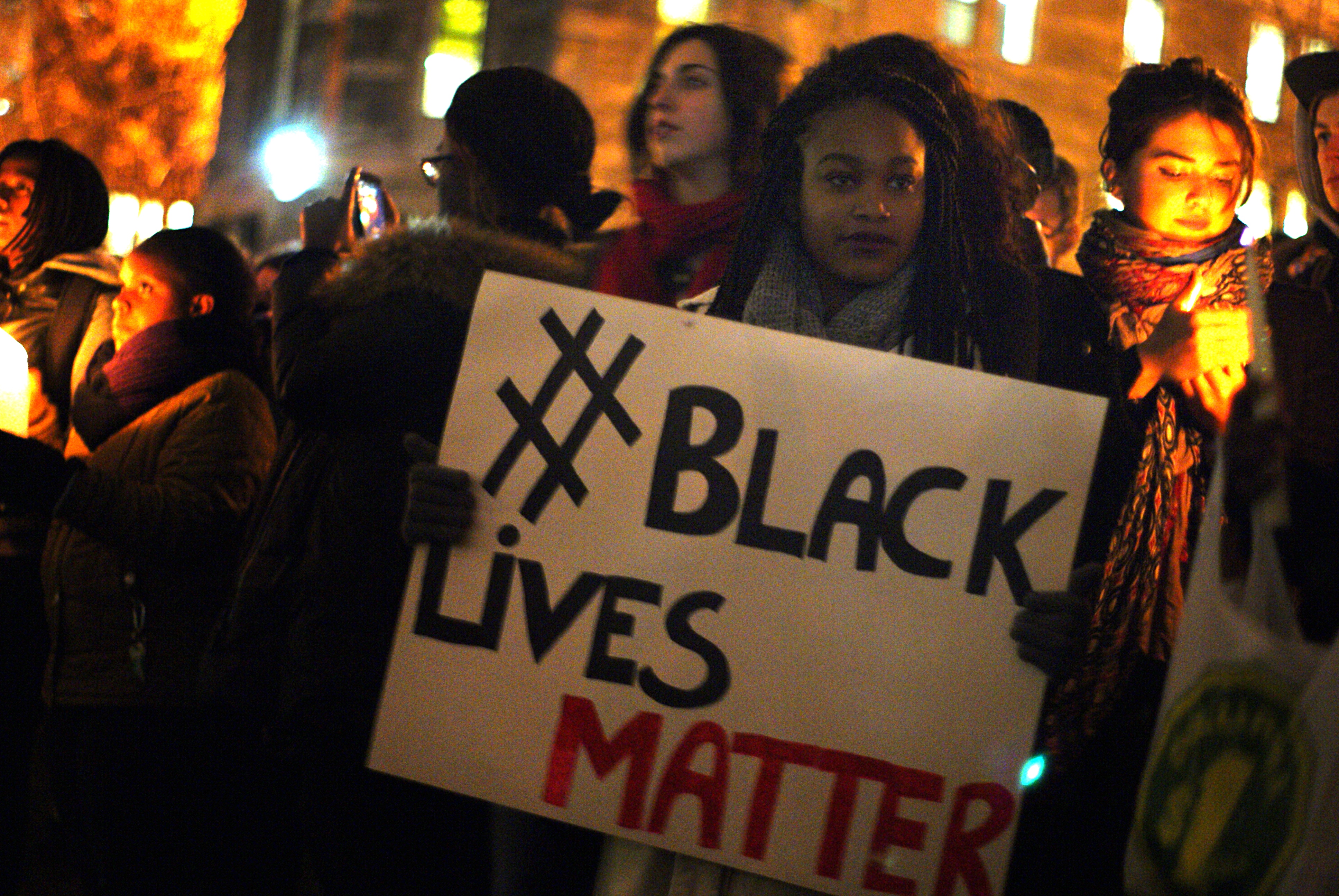 Carter also said that Tony’s “racial ambiguity reinforces the fact that America’s racial lines are completely and 100% blurred…We are all multiple races and we each have our own complex heritage. There’s no way you can look at me, there’s no way you can look at Tony or any of my nephews, and determine 100% what we are, in terms of our heritage and our ethnicity.” Despite the assertion that America’s racial lines are 100% blurred () and that Carter and his nephews can not be easily racially categorized (), these young men are viewed by the state as men of color, particularly ones who are deemed and . Carter notes this himself when he refers to his nephews as “black children of a white mother.” However, it is this emphasis on the “children of a white mother” that causes me concern. When multiracial families insist that racial lines are blurred, they are working to validate their own experiences. This is why many parents of mixed-race children insist that their children are “both” (see, for example, pieces by Jacobs and by Kich in ; and, Rockemore, et al., in ).

By placing the focus on “a white mother grieving her child,” we might think that it is white motherhood that is under attack rather than black and brown bodies.

The “he’s not black, he’s mixed” argument seems like it would be one that could work in the family’s favor; by painting Tony Robinson as “a mixture of everything” and “not just black,” Carter’s comments assert a connection to whiteness as a strategy of redemption in the midst of media demonization. Though it can be argued that these comments also attempt to diminish the value of whiteness, this ignores how multiracialism has a history of complicity in anti-blackness (for more on this, ). Andrea Irwin, the mother of Tony Robinson, fights back tears at a press conference held by the Tony’s family near where he was shot following the Dane County District Attorney’s announcement of no charges for the officer ( Source: Scott Olson /Getty)

By playing up Robinson’s whiteness, his tragic mulatto-ness, the family’s comments engage in distancing from blackness and, thus, from danger. To have the deservedly emotional white mother and white grandmother standing behind Carter as he makes his statement bolsters this whiteness and therefore, our need as Americans to be concerned with Robinson’s death. The murder of a young black man – who was already a tragic tale due to being a racial “outcast” – is seemingly more tragic now that he has a white mother to grieve him. A problematic logic is further supported through Carter’s comments on having “multiple races” and “complex heritage.” To be “more than” implies colorblindness – that the issues of state violence and police brutality are beyond race.

So, it’s not surprising that media outlets picked up on the “beyond race” thread in Carter’s comments as it strengthens the “cannot be seen,” promoting . The “all lives matter” rebuttal relies on colorblind racism; to point out that race informs the disparities we see in police-related assaults is to “be” racist. Carter’s statement that he and his nephews are beyond “just” black provides mainstream media with a post-racial soundbite that can be used to further undermine the insistence that black lives matter.

It is tragic that Andrea Irwin, Robinson’s mother, was reminded that her son was viewed as black when the state exercised violence against him. I imagine her realization was akin to Jane Lazarre’s realization that from being strapped down to a hospital bed and treated as inherently dangerous. Though I had wondered if the family’s assertion of Robinson’s whiteness might lead to an indictment of the officer who killed him, as we have seen, .

Not only was it ruled that Officer Kenny “legally” used deadly force, he was praised for his approach in the situation that ended in a 19 year-old black teen’s death. As Carter insightfully states, his nephew’s death “highlights a universal problem with law enforcement and how it’s procedures have been carried out…specifically, as it pertains to the systematic targeting of young black males.”

With no justice for Tony Robinson, it is my fear that no mother’s grief – including Andrea Irwin’s — transcends the deeply entrenched belief that black lives do not matter.

~ at the University of Texas-Austin.

Get RR updates via